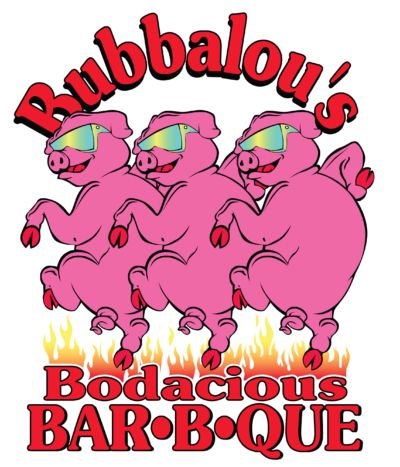 Restaurants come and go. A few years ago, American Express told us 90% close within the first year of opening. In 2017 Forbes published and article refuting this “fact” and informed us only 17% close within the first year. Whether it’s 90% or 17%, the fact remains, many restaurants close for a number of reasons. Some just don’t make it while others have personal reasons for closing, but how do you stick it out? How do you experience longevity in such a business?

Here are a few tips from two restaurateurs who have not only experienced longevity but who have also made tons of mistakes. Tim Lytle is an operator of two Chick-fil-A restaurants, one location he has had for 20 years (longer than he has had kids). When Tim started, an operator could only have one location, however when Chick-fil-A change this, Tim was the first one to receive a second location. The other restaurant owner, Boo McKinnon has been running Bubbalou’s Bodacious BBQ in Orlando, FL since 1986 and has received great recognition from the Food Network, Southern Living and The New York Times to name a few.

Running a restaurant comes with many struggles from stock orders in coming late to workers not coming in at all. It’s enough to drive anyone crazy but as a restaurant owner, it comes with the territory. What isn’t part of the territory is when the county decides the two-lane highway in front of your building needs to become a four lane, then take 34 months to do. This happened to Tim after only being open for three years, then BAM! What once was a packed restaurant, now considered 10 people the “busy” time. But what he did was add catering to what his store offered, and he hasn’t looked back since. He had resisted it up to this point but in light of the struggle of road construction he had to do something. Over 60 business, some of which were other restaurants, closed during this period, however, he chalks up his coming through this because he was looking for opportunities, and still does.

It seems in our culture we are always rushing out to get the latest and greatest. An example of this is how many Xboxes or Play Stations our kids have gone through. How about the latest iPhone? Boo makes mention of this when she says part of her longevity is, she works smart and doesn’t rush out to purchase latest product. Rather, during the busy season when the money is flowing, she puts it in savings. She said, “During the times when you are making money, you need to save it. Don't do expansions, don't buy a bunch of expensive equipment and so on. Bank that money because during the slow times of year, which are the summers for us, you'll be very thankful that you saved money.”

residents. One of the places which had power was Tim’s Chick-fil-A so he opened and served meals to those who were without. He says the Drive-thru was wrapped around the building twice and truckers parked in the adjacent Home Depot so Tim, himself, went to get their orders. No one went away hungry, no one. Boo said the locals appreciate and support you when you are there to support them. She supports many of the local charities, because it’s the right thing to do and in turn, the community comes in when they’re hungry.

One of the most popular aisles in a bookstore is the self-help aisle. People hire trainers, counselors and take additional classes all in an effort to improve. We recognize there are areas we can tighten up so we seek to do it. Boo tells us a business isn’t any different, you must always be on the mission of improving. She says as great a product she delivers to her customers and over the years she has fine tuned the procedures, she doesn’t just sit back to let the smoke roll. She looks at her business with an eye to improve, even if its something small, she will make the effort to make it better. Better for her customers and better for her employees.

Being open for 20 years and 34 years are milestones to be celebrated, especially in the restaurant business. Even more celebratory than this is having employees who have been there sine the day the doors open. Both Tim and Boo referred to taking care of your employees which has resulted in some still coming in to work. In a world where we hear about young people (and it isn’t just them) bouncing from job to job, its nice to hear the secret to keeping them is to simply take care of them. They echoed one another once again when they both said even those who leave seem to always find their way back, even if its just for a visit.

If you’ve ever run a restaurant then you know you can do very little without your vendors. From the company who provides your meat to your soda cups, they can be the silent partner many don’t think about. The best way to take care of them is, as Boo, says, remain true them. She not only has some vendors who have been there from the beginning, but she seeks out the local vendors whenever possible. Her philosophy is loyalty will breed loyalty and this loyalty is yet one more reason, she believes, for her restaurant’s 34 years.

These Six Reasons for Longevity are here to give you blocks on which to build, especially if you are only starting out. Even if you’ve been around as long as these two examples, these can serve as reflection and reminders to you as well.