A New Era of Success

Tom Brady has long been touted as “The Goat” long before he went to play in Tampa and rightfully so. You can look up all of the statistics about him as a quarterback but nine Super Bowl appearances with six wins (before Tampa) secured that moniker. Then he left New England headed to the land of retirees, but retirement was not in his plans. Leading the Tampa Bay Buccaneers was in his pirate glass, usher in a new era. This move drew Rob Gronkowski out of retirement and brought Brady his tenth Super Bowl appearance and seventh win in his first year there. However, if you ask Tom Brady, and many have, he’d tell you he couldn’t do it without a strong team playing their position around him.

This new era brought a renewed excitement to Tampa, even if you weren’t a die-hard Bucs fan. Then when Tom led the team to their first Super Bowl win since 2003, the city was electric. When the next season played out and Tampa didn’t make it to the big show, the zeal was still there for their team. “We’ll get it next year,” was the sentiment. The NBBQA has also entered a new era with our new quarterback, Kell Phelps. He is no stranger to leading a successful organization, (Barbecue News Magazine), which, if you ask him, he couldn’t have done without his team. Now, we, as a team need to step in to help the NBBQA and the way we can help is by playing our positions.

If you’re reading this, chances are you’re a member of the NBBQA or have been in the past. You joined because you recognized the benefits of being a member. Perhaps you saw your favorite BBQ star from TV, you recognized the value of networking, you wanted to learn from the information available and so much more. Your part to play in the success of the NBBQA would be to make sure you are a paid-up member. If you have been in the past but are no longer, then now is the time to renew. There are emerging, professional, and business memberships available. There are great things happening on the horizon and you, just like Gronk, want to be a part of it.

When you’re excited about something or have good news then you can’t wait to tell the world. Just think about that last great movie or TV series you watched, you recommended it to everyone who showed interest. When it comes to BBQ, we all know of people who have more 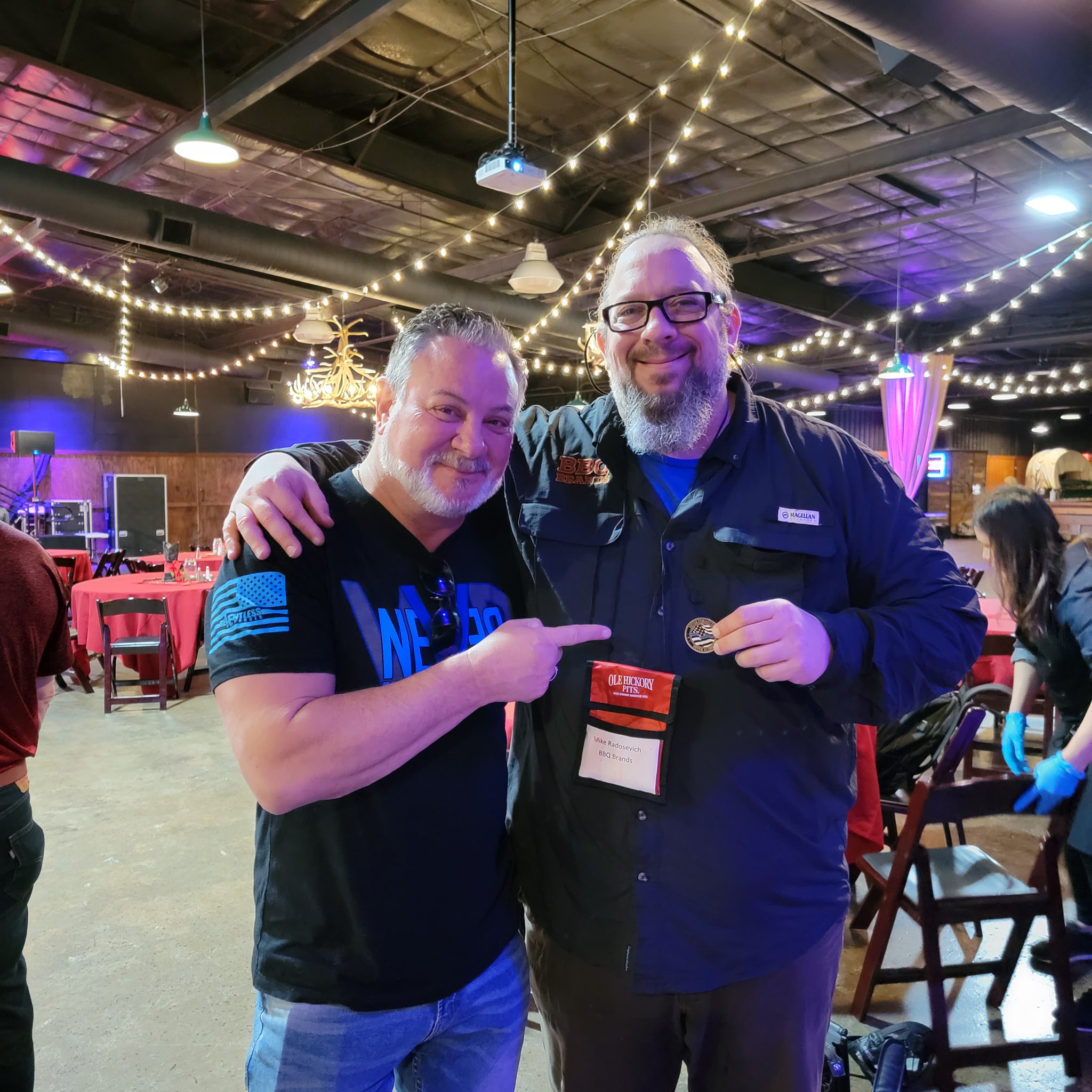 than just a passing interest in BBQ. Perhaps your friend is a backyard cook who wants more. Maybe they have a great idea that would make BBQing easier but just don’t know how take it further. The NBBQA is the place where they belong and you, as their friend need to invite them. This would help ensure the success of the NBBQA.

There are a bunch of opportunities for you to volunteer, especially when it is time for the conference and networking events. When Tom Brady needed someone, he could depend on for this move to Tampa, he called Gronk who didn’t hesitate. When the calls go out for volunteers then don’t hesitate to play your part to ensure, not only the short-term success (the conference or networking event) but also the long-term legacy of the NBBQA.

These are just a few positions for you to play as we move in this next era and success of the NBBQA. Just think if Tom Brady support just sat on the sidelines and left him out there to play it alone, what kind of success would he have had? Well, you know the answer to that question. The same is true for us as members of the NBBQA, we can’t just stand on the sidelines and watch, we must participate. When we do, the NBBQA will reach legendary status.